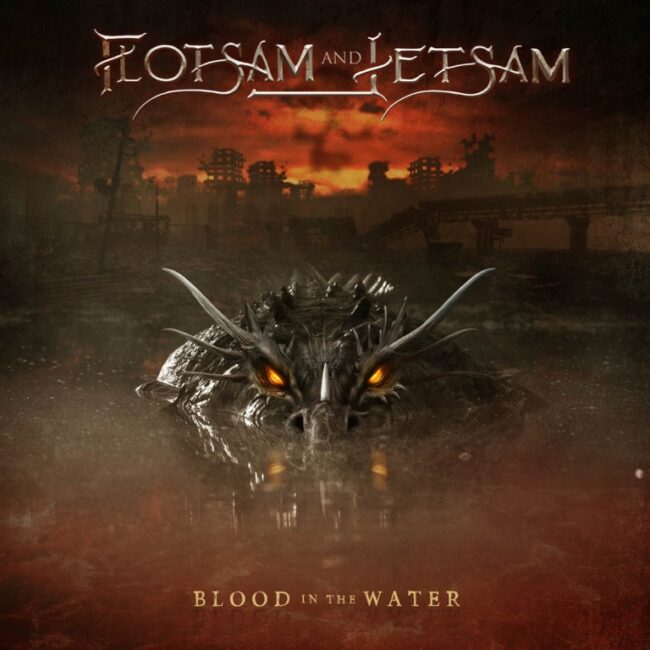 Holy crap, what an album. I’ve always like F & J but this is ridiculously good. Hard, fast, aggressive, yet beautifully melodic in places. Eric’s voice has gotten better in my opinion, he’s singing with the right amount of aggression in all the right places. The guitar work is shreddy (is that a word?) in the right places and yet beautifully melodic in the right places too, the places it’s called for. The best tracks for me are the tracks you won’t have seen a video clip for yet, the magnificent chug of ‘Walls’, the epic ‘Too Many Lives’, ‘Wicked Hour’, the (in parts) Rainbowish (is that a word?) ‘Cry For The Dead’ and the magnificent closer ‘7 Seconds’. Song-writing is next level, other more well-known bands had better lift their game. Ken Mary on drums (a surprise addition a few years ago, a surprise for me anyway, as I’ve been a fan of his work for many, many years, right from FIFTH ANGEL) is blasting his way through this album and driving the band along at sometimes breakneck speed. Can’t find a dud song. Horns WAY, WAAAAY UP.

Final words – smashing it’s way into the top 5 albums of the year, may go higher on a few more listens. 53 minutes of beautifully crafted melodic aggression.

For fans of – Megadeth, Overkill, Anthrax.

Video for ‘Burn The Sky’ here